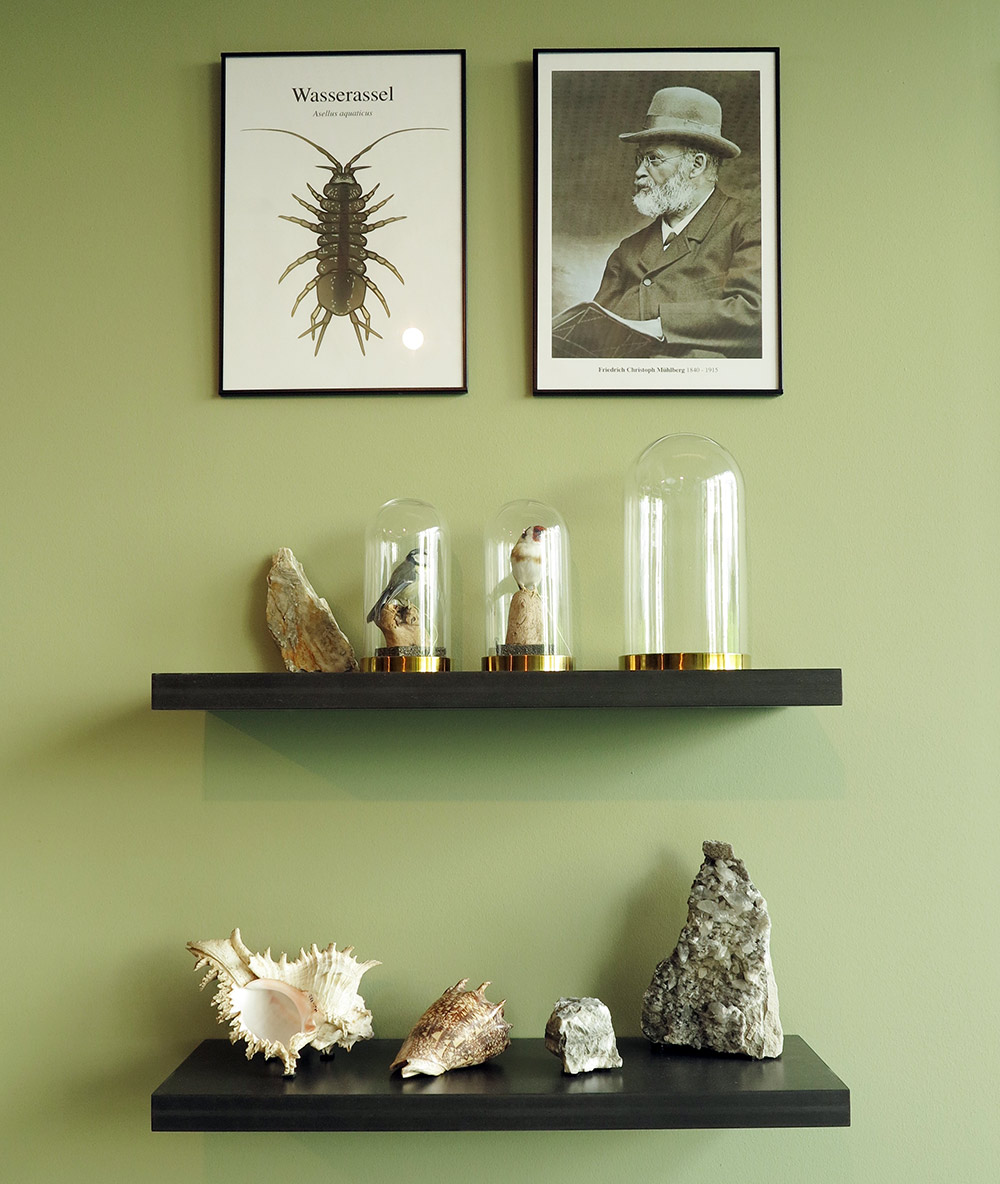 The entrance area of Naturama Aarau had aged since the new extension was opened in 2000. It was rearranged, reorganised and improvised several times. The in itself beautiful room by the architect’s office Arthur Rüegg seemed cool, untidy and uncomfortable. A coherent concept had to be developed, to transform the cafeteria into a café and to give the shop more attention – with a small budget and the existing elements.

The central design element was to be the long wall, with various discarded exhibits and framed posters to match the changing exhibitions. It was painted in a soft green tone. Most of the shop was moved to the middle of the room into the existing and little used cabinet furniture. The heavy oak vitrines were fitted with castors so that they could be moved for larger events, openings or lectures.

The concept was supposed to provide a guideline that could be flexibly modified by the Naturama team and adapted to their needs.